I love learning stuff with Maya. We read and watch and look things up and experiment together. I’m reacquainting myself with some genuinely interesting topics.

But all this revision’s been highlighting some pretty big gaps in my knowledge, some of which I’m not at all willing to alert her to.

I was prepared to admit I’d never heard of a brinicle when I saw one on Octonauts.

Same goes for the versatile shapeshifting Mimic Octopus (whose cartoon characterisation as an overweening thespian I totally love).

But some things I am just too big and wrinkly to confess to ignorance of. That’s not very grown up, is it?

Her best-ever topic this month is the solar system.

We bought her this book a while ago:

…and this space torch, which she loved but immediately lost the discs for: 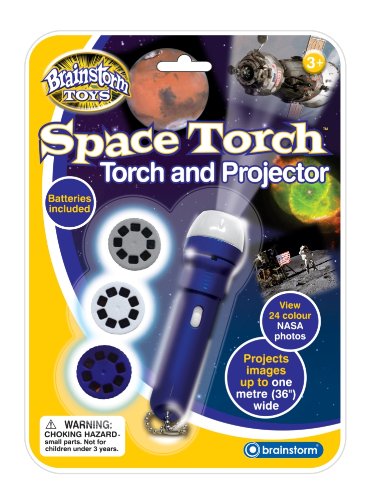 Then we found a cool Solar System song for kids on YouTube:

It’s great. Each planet sings a fact-packed solo in a surprisingly grungy voice. They basically bang on about how hot everyone thinks they are or how many rings they’ve got or how no-one orbits faster than them.

It’s a lineup of shameless show-offs but most informative.

There’s also a 40-minute version where they belt out some extended lyrical content that helps prepare your child for their Masters in Astro-Planetology. You know, catchy stuff like:

‘Pluto used to be the last planet, but now it’s been de-listed, yeah!’

or the sun singing:

It’s a bit data-heavy for my liking but it sure makes me feel a lot less guilty about leaving Maya watching TV while I squeeze the mould out of her bath toys or read dress reviews on Asos.

Anyway, we were watching the three-minute song the other day and somewhere between Venus and Uranus I realised I had no idea whatsoever what order the planets are meant to go in.

So I asked Maya what the correct order was.

Ha ha! Did I bollocks. I pretended to know and then made her play it three times so I could memorise it.

Surely, planet sequence is the basics. How could a parent not know such elementary space facts? I don’t think I’ve forgotten. I think I just failed to ever learn it. As a child, I thought space looked cool and pretty but the technicalities of its layout didn’t speak to my imagination.

I remember my dad watching The Sky at Night but I was so distracted by Sir Patrick Moore’s look and delivery style that I forgot to listen to the content.

My brother and I both got glow-in-the-dark stars one year for Christmas. I was super-excited and immediately stuck them all over my ceiling wherever I damn well pleased. My display was flat and unconvincing, with suspiciously even-spaced stars.

Then I went into Paul’s room and watched as he configured his overhead universe methodically, in strict accordance with the enclosed reference map. Shit. His looked way better than mine.

But back to the black holes in my knowledge, I did know before the planet song told me that Jupiter’s largest moon was Ganymede. It was a pub quiz answer we got wrong once and then I saw a smug Egghead get it right with no trouble at all.

I’d also heard of Olympus Mons but thought it sounded like a speedway track in Milton Keynes.

And I knew gravity was 9.8 metres-per-second squared, but that doesn’t count because I did Applied Maths A-level and would have had to miss the entire course to miss that.

Before last Thursday, that was all the space awareness I had. Then I took Maya to the National Space Centre in Leicester and we got geeky.

First, we watched a beautiful film about stars in the planetarium. Then we went up in a lift next to the rocket tower, which made me a bit giddy but didn’t phase Maya at all.

Then she climbed into a moon-pod-thing with some other kids but refused to get out so I had to forcibly remove her but her determined little fingers gripped the edge of the entrance hole and I got stared down by loads of angry schoolchildren queueing to get in.

Maya also had a a bit of a tantrum when she discovered they’d forgotten to draw the faces on the planets. She wasn’t having it that they don’t have cartoon eyes in real life so I eventually backed down to avoid any further holdups. We’ll revisit that one later.

Apart from these minor hiccups, our educational mission was successful.

We learned that we would be way heavier on Jupiter than we are on Earth and that astronauts on the International Space Station drink their own wee.

They also have to aim into a small hole when they want a number two and once a canister is full, it gets propelled back down to Earth and burns up in the mesosphere (okay, you got me – I just Googled the name of that layer).

We learned that Uranus has 27 moons, there is probably an ocean under the surface of dwarf planet Ceres and most meteorites are magnetic (duh, right?). And that we’re made up of the same chemical elements as the stars (double-duh).

I did not listen in science lessons. I just burned a lot of peanuts and looked on aghast as the boys tried to set fire to each other’s shellsuit tops with a Bunsen burner.

Anyway. Maya soaked up all her new learning like a sponge and held her own in an actual space-off with a boy a couple of years her senior in the queue for the planetarium. Go Maya!

Maya: I know all the planets.  There’s Mercury, Venus, Earth (that’s where we live)…

Him: Mercury’s not the hottest planet. Venus is.

Maya: Yes. Mercury’s closest to the Sun though.

Him: Mercury takes 88 days to go round the Sun.

Maya: Mercury’s closest to the Sun and the smallest one too.

Him (swinging casually on the barrier post like he’s not even rattled by the competition): It is the closest to the Sun but it’s still 29 million miles away.

So exploring the world with Maya is forcing me to go back to basics with loads of stuff I had neither the patience nor interest to learn first time round. And to acknowledge how little I know.

It’s cool. I’ve always loved hearing facts and then reciting them to uninterested friends in the brief period for which I retain them. This could be the start of a new me with a whole different set of data with which to bore unwitting listeners. Lucky them.

I have a strong suspicion, though, that Maya will soon be correcting me and rolling her eyes at my boundless ignorance. And I guess that’s fine by me.